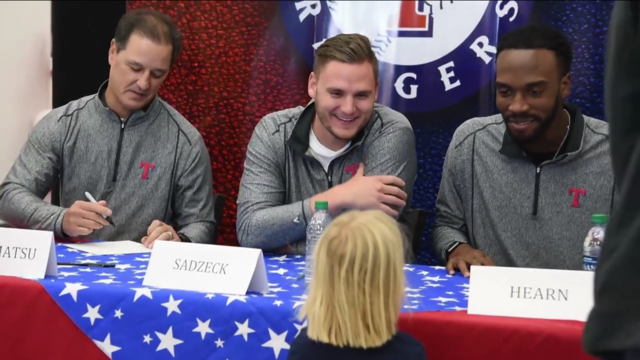 Look at the roster of any professional sports team and it becomes evident that these elite players come from widely diverse backgrounds – economically, culturally, academically, and even in the size of their hometowns. This is especially true of Major League Baseball players.

Because of the smaller number of kids, the odds of a small town producing a professional ball player are not great. However, history has shown that many of the elite pitchers who took the mound in an MLB game came from smaller communities: Dizzy Dean (Spaulding, OK), Nolan Ryan (Alvin, TX), and Justin Verlander (Goochland, VA – population 679).

Having pitcher Taylor Hearn (Royse City, TX)as the 2022 opening day starter for the Texas Rangers is nothing short of a ringing endorsement for growing up in a small town! For the kids who live in Royse City and the master-planned community of Creekshaw Taylor Hearn is a VERY big deal. His story is a baseball parable, of sorts. It shows how growing up in a small community can be very much an advantage in a competitive world like baseball.

The city where Hearn grew up has grown some since he blew fastballs past opposing high school hitters. However, the city’s small-town charm (https://creekshaw.com/main-street-is-something-special-in-royse-city-texas/) and neighborly attitude have remained, and this is one of the reasons the developers of Creekshaw  chose this city to build one of the most beautiful, amenity-rich communities in the Dallas Metroplex.

The kids in Royse City attend exemplary schools  and have plenty of support from caring teachers and administrators. They enjoy a less-stressful “world” than more urban environments because this community is the epitome of “family friendly.” This gives them a firm foundation for success as an adult.

Speaking of success, Taylor Hearn is having a great life. However, it has not always been an “easy street” for this young man.

Dealing With the Ups and Downs of Professional Sports

The Texas Rangers pitcher could have followed the footsteps of his father, grandfather, and three uncles and become a professional cowboy, working the rodeo circuit. As a youngster, he participated in this rough-and-tumble sport, and folks who followed rodeos thought he might be a natural. Of course, this was before he learned to throw a baseball 90 miles an hour! That changed everything.

According to this article, after a brilliant high school career at Royse City, he was drafted after his senior year by the Pittsburgh Pirates in the 22nd round of the 2012 MLB Draft. Rather than sign, he chose to attend San Jacinto College and hone his pitching skills. For the next two years, he was drafted each year by other MLB teams, but he chose to transfer to Oklahoma Baptist University and continued playing college ball. After one year at Oklahoma Baptist, he was drafted by the Washington Nationals in the fifth round of the 2015 MLB draft and signed.

After spending time in the Washington and Pittsburgh organizations, Hearn was traded to his “hometown” team, The Texas Rangers, 2018. After time in the Rangers minor leagues system, he was called up to the big show in April 2019.

Everything looked sweet until his major league debut against Seattle. It lasted less than one inning. He allowed five runs, injured his left shoulder, and then later fractured his elbow during rehabilitation from this injury. This is when having a supporting family and small-town tenacity saved the career of Taylor Hearn.

Before his opening day outing, Fox 4 TV in Dallas interviewed Hearn and gave him a tip of the cap. “No matter how perfect or imperfect Taylor winds up pitching against the Colorado Rockies (opening day), Monday will be a victory for the family that’s stuck out those highs and lows – that’s been on the other end of Taylor’s 2 A.M. phone calls.”

“In those moments, Taylor’s dad Robby tells him, ‘Taylor you’ve got to push through.’

“His sister, Robyn – born exactly four years to the day after Taylor – has seen her older brother learn to thrive in those tough times. That’s when I feel like Taylor prevails the best,” says Robyn. ‘When he’s in those low moments.’”

Your Kids Deserve to Grow Up Here

Not every child who grows up in the small town of Royse City is going to become a star athlete, scientist, or teacher who changes the lives of their students. However, having the confidence, support, and tenacity that is often found in a tight-knit community can be a foundation for success as an adult.

If you want to see what life in Royse City is like, come take a look at Creekshaw. The neighborhoods are full of kids, enjoying a quiet lifestyle and having fun. Who knows what kind of great things can come from this? 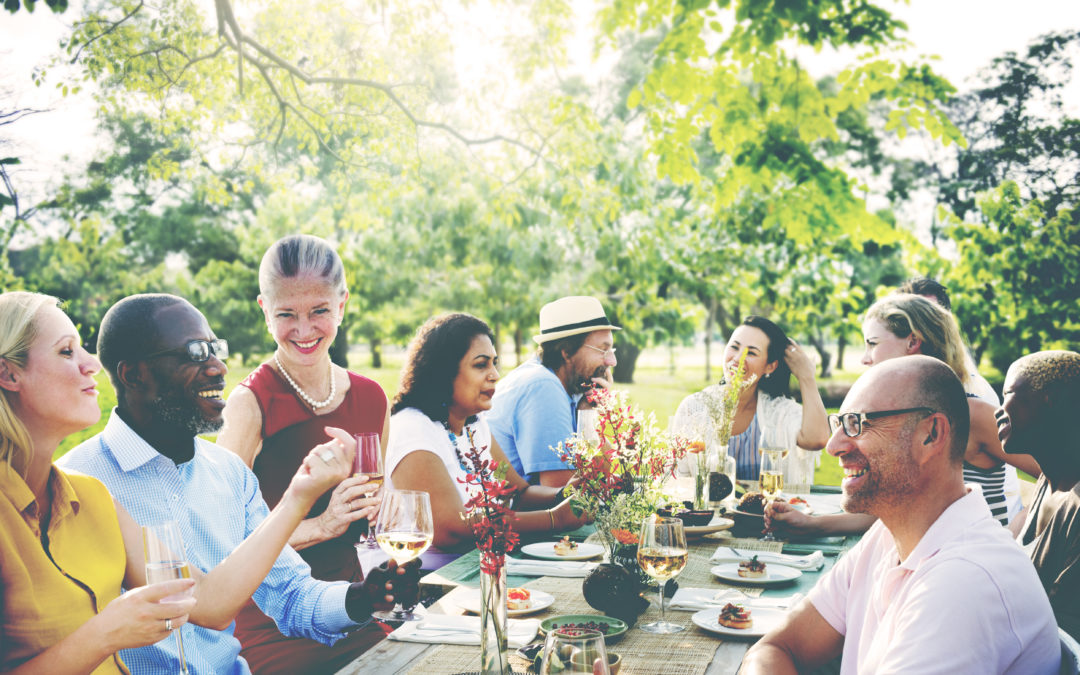 Having Fun at Home: Post Pandemic Home Design That Rocks

In many ways, a state-of-the-art, master-planned community, located a few miles from a thriving metropolitan area was the perfect residential scenario for active families who wanted to “power through” the most significant pandemic in a hundred years. Now that a post-pandemic world is here, the warm, inviting community of Creekshaw, nestled in heart of charming Royse City, Texas is even more inviting.

Located near Interstate 30/U.S. 67, a thoroughfare that runs through the heart of the Dallas-Fort Worth Metroplex, Creekshaw’s location is highly desirable for families whose wage-earners can work from home or “clock-in” at a traditional office. The amenities are many and the neighborhood vibe is friendly. Plus, the floor plans offered by Creekshaw builders have been thoughtfully conceived to fill the niche of the new normal of a post-pandemic lifestyle.

The previous two years of “social distancing” and renewed emphasis on entertaining and dining from home have taught residential interior designers a great deal about what active families want in their homes. Nationally recognized interior designer, Mary Cook, notes, “Mental and physical well-being are in the forefront of people’s minds. We should be prepared to respond to that with creative design solutions. Going forward, homes are taking on new meaning.”

In a recent Wall Street Journal article, Cook explained what families who live in highly-desirable communities such as Creekshaw are looking for in their homes.

“Since the onset of the pandemic, the home has taken on greater importance and become more meaningful for many,” Cook notes. “They are our oasis, our office, et cetera. We are looking for functional solutions to the added duties of home, but people won’t compromise on aesthetics in the name of function. With all the time we’re spending at home, aesthetics are more important than ever.

“The other thing I’m seeing is that mental and physical well-being are in the forefront of people’s minds. We should be prepared to respond to that with creative design solutions. Going forward, homes are taking on new meaning. We’re asking them to do more, and we want them to be beautiful because it impacts our well-being.

“From the physical standpoint, if we’re at home doing the work we used to do in an office, we’re talking now about ergonomics, seating and standing options along with lighting, fresh air, and natural sunshine. From an emotional standpoint, we’ve been shut down from friends and family. We want to be back together. In order to be back together, we have to feel safe and comfortable in our spaces.”

The top-notch builders of Creekshaw could not agree more.

Home Entertainment is a Primary Driver

If the past couple of years has taught homeowners anything it is how much they value home entertainment. Indoors, with cozy fireplaces and visitor-friendly kitchens, and outdoors with entertainment, cooking and dining spaces that are usable throughout the year, places where everyone can enjoy themselves are in great demand. With the mild climate of North Texas, Creekshaw residents can enjoy having friends and neighbors over for a friendly “grill-and-chill” almost year-round.

Cook agrees. “Entertaining at home has been the primary driver during the pandemic of many more outdoor living and dining spaces. We’ll see more of that this year. People feel more comfortable there. It’s more relaxed, and they feel safer and healthier.

“It’s a more casual, comfortable way to be with people. Fresh air, natural light, fire pits, places, and shelter from the elements all contribute to the safer-at-home entertaining that’s popular now. In many of our multi-family projects, we install retractable walls that allow spaces to open up to the outside, with a big focus on outdoor dining.”

A great location, a sweet, historical downtown, exemplary schools, abundant amenities of one of North Texas’ great, new master-planned communities and thoughtful floor plans make the homes in Creekshaw a terrific place to live. Now is a great time to come take a look.